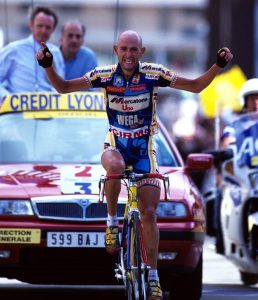 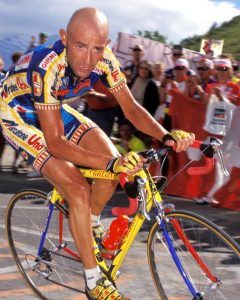 Proudly presenting one of the most iconic bikes in cycling history, the WILIER Alpe d’Huez Easton Elite – almost identical to Marco Pantani’s from 1997. The frame is made od Easton Elite 7005 aluminium, shinning in beautiful colorful paintjob. It comes with Pantani’s personalized Selle Italia TCS saddle, . The cherry on the top of the cake is the size of the frameset…almost identical to Marco Pantani’s from 1997.

Unique chance for all Pantani fans to get this amazing frameset. Fair price!

Condition: Used, but good condition. Original paint and decals. No cracks, no dents, not bent. Some tinny signs of normal use.