Giusto Pinzani was born in Contea, a village in the Val di Sieve in the province of Florence in 1897 to a peasant family, perhaps eighth of the ten children. He learnt his trade as an infantry engineer in WW1 where he modified machine gun carrying heavy bicycles to fit the individual soldiers riding them. He was probably the most skilled bicycle manufacturer in Italy and certainly the first to understand the importance of adapting the frame to the specific measurements of the cyclist. After the war he set up his own workshop in Via Gioberti, Firenze and start to producing racing bicycles. In 1929 he built the bikes for Florentine rider Umberto Berni to participate in the Tour de France, after which he built bikes for Gino Bartali, Alfredo Martini, Cino Cinelli… 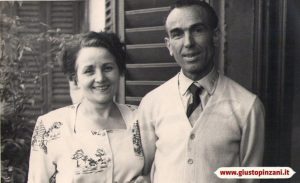 Giusto’s greatest success came in 1957 when another Florentine, Gastone Nencini won the Giro D’Italia whilst riding for Leo-Chlorodont with bikes supplied by Bianchi. At the victory celebration Nencini announced the bike he rode was not in fact a Bianchi but a Pinzani. Nencini’s pink jersey was displayed in Giusto’s shop window for many years after. 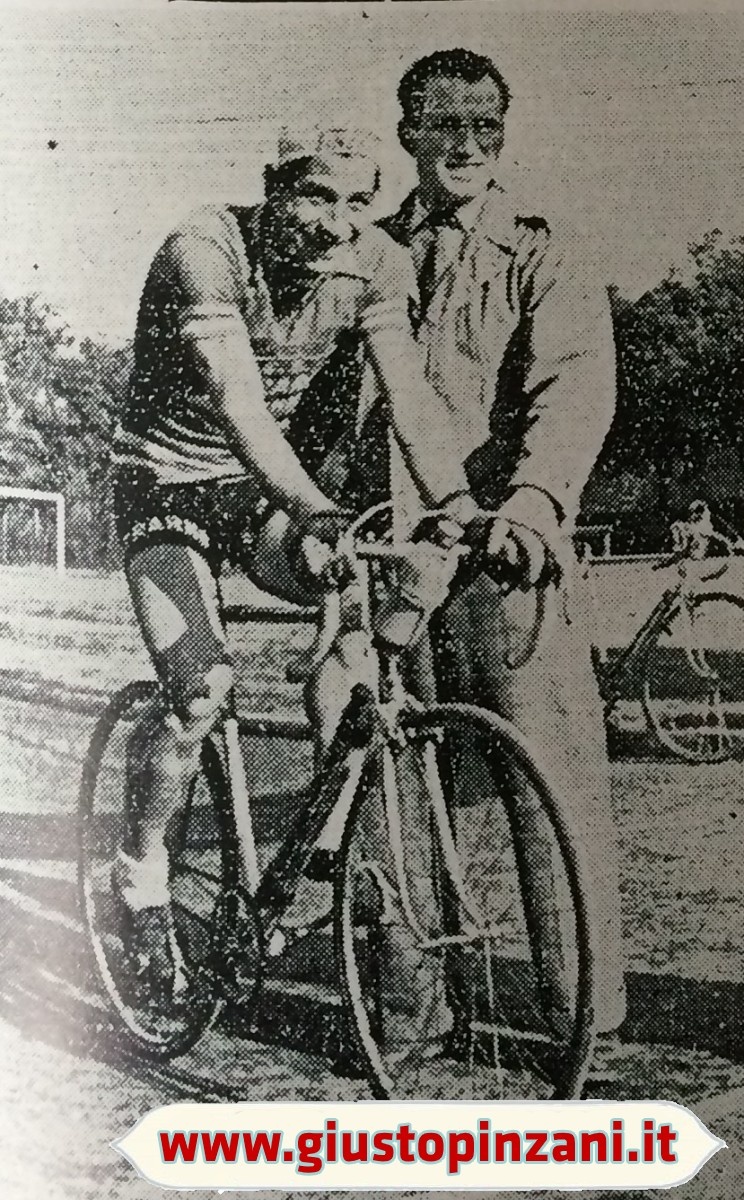 After the 1957 Giro success, Giusto was approached by several large cycle manufacturers wanting to purchase the name to make reproductions of his unusually painted bicycles. He refused and replied that he would only sell the bicycles he could do with his hands.Giusto Pinzani was a man of very few words and never accepted interviews, not even that of national radio. He retired in 1980 at the age of 83 and passed away in 1986. Pinzani bikes are very sort after by collectors of true artisan built machines.

Gastone Nencini (1 March 1930 – 1 February 1980) was an Italian road racing cyclist who won the 1957 Giro d’Italia and 1960 Tour de France. Nicknamed Il Leone del Mugello, “The Lion of Mugello” (from his birthplace Barberino di Mugello, near Florence), Nencini was a powerful all-rounder, particularly strong in the mountains. He was an amateur painter, chain smoker and  gifted descender. “The only reason to follow Nencini downhill would be if you had a death wish“, said the French rider Raphaël Géminiani. It was in trying to follow Nencini down a mountain on Stage 14 of the 1960 Tour de France that Roger Rivière missed a bend, crashed over a wall and broke his spine. 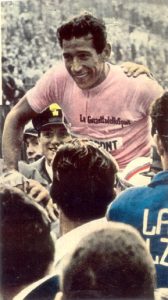 Here we are proudly offering a legendary Italian steel racing machine – PINZANI Corsa, which dates back to 1957.  Not many people know the story of Giusto Pinzani, but no doubt, he was the pioneer and one of the most important Italian bike artisans. Extraordinary paintjob, beautiful lugs, serial number engraved at the head lugs… Built with Campagnolo Gran sport groupset, original Brooks saddle,  Universal brakes, Cinelli cockpit, Fiamme rims. A museum piece!

Condition: Used, but good condition. Some sings of normal use, some paint chips. No cracks, no dents, not bent. All parts are workig fine.