In response to criticism that Colnago frames were not stiff enough, Ernesto experimented with various crimped-tube frames. In 1982 he introduced their top model ”Nuovo Mexico” and the legend was born. The Nuovo Mexico was constructed with famous ”crimped” Columbus SL tubing. 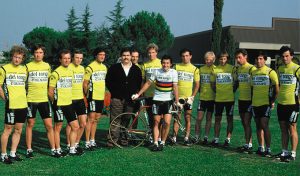 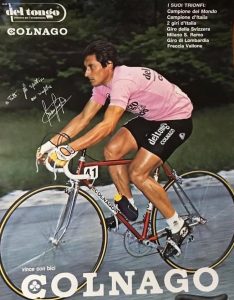 Condition: Used, but very good condition. Low mileage. Some tiny tiny signs of normal use. Groupset and components are in great condition and works fine.