Sante Pogliaghi was a born on 23 September, 1913, in Milan, Italy. At the age of 11, Sante Pogliaghi started working with his uncle Sante Brambilla, a famous frame manufacturer from the 1920s. He quickly learnt how to weld and soon became one of the best craftsman ever. Known as the master of tailor bicycles, Sante Pogliaghi’s flagship was the tandem track frame. His track frames were usually tested in the close Vigorelli circuit. In 1947, after his uncle death, Pogliaghi opened his own tiny workshop in the city center of Milan. There he started building custom steel frames, esteemed by both the professional and amateurs riders.

Pogliaghi was a monumental figure in the Italian industry of the racing bicycle and one of the best Italian frame builders of the post Second World War times. He well known for his skills in building customised steel frames. Despite the fact that he mainly built track frames and tandems, Pogliaghi´s frames were also highly esteemed among road racers. He can easily be considered the grandfather of modern road bike design who inspired many others like Colnago or Pinarello. 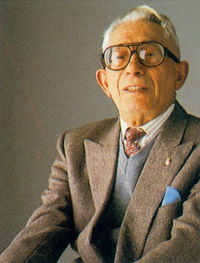 At the end of the 1970s, Pogliaghi built up his manufacturing with six workers and increased the frame production to a 1000 per year. Each frame had been branded with the abbreviation “PSM” (Pogliaghi Sante Milano) and with a serial number on the seat-lug. Pogliaghi’s frames were also used by champions as Eddy Merckx, Patrick Sercu, Leandro Faggin and Marino Basso.

Proudly presenting a legendary Italian racing machine, the POGLIAGHI Italcorse. The frame is work of art, made of Reynolds tubing and dates back to mid 1970s. Pogliaghi Italcorse was the reference by which other steel frames were judged back then. Fully build with Campagnolo Nuovo Record groupset, Cinelli cockpit, Cinelli Unicanitor, NiSi rims. Love at first sight.

The legend. Nice catch for any vintage bike collector. Ready for L’Eroica.